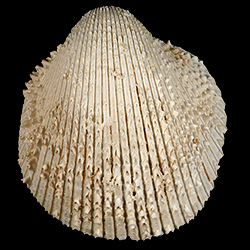 Key morphological features: The Cardiidae range in size up to ~1.5m (e.g., giant clams of the genus Tridacna). The shells can be solid or thin, even translucent, and are equivalve and inflated. The shells are rounded to trigonal or quadrangular in outline, most often dorsoventrally elongated, with the anteroposterially elongated giant clams a prominent exception. The shell is composed of aragonite and often exhibit vivid coloration depending on the species. Cardiid shells can be smooth or have strong, radial ribs on the exterior, also including spines or scale-like ornamentation in some species. Valve interiors have a weak, simple, uninterrupted pallial line and denticulations or crenulations corresponding to the exterior sculpture. Species of Cardiidae are usually heteromyarian, with one adductor muscle scar slightly larger than the other (whether the anterior or posterior adductor muscle scar is larger is species dependent). The hinge is heterodont or cyclodont (some species lack a hinge plate), featuring two cardinal teeth in most species, along with anterior and posterior lateral teeth. The Tridacninae are an exception to this morphological description in a few respects. For instance, they are monomyarian, having only a posterior adductor muscle as adults, and their hinge lacks anterior lateral teeth. Source: Mikkelsen, P.M., and Bieler, R. 2008. Seashells of Southern Florida: Bivalves. Princeton, New Jersey: Princeton University Press. 503 pp.

Paleoecology: The Cardiidae are either shallowly infaunal or epifaunal filter-feeding bivalves. They inhabit soft sediments in marine, estuarine, and even some freshwater environments. Most species are mobile and have very strong feet, capable of leaping to escape predators. Tridacnines are an exception; they are sessile, living byssally attached to reefs. The Tridacnine mantle harbors photosynthetic zooxanthellae, so they gape with their hinge downward to expose their symbionts to sunlight. The Cardiidae can be found worldwide in shallow tropical to temperate waters. Source: Mikkelsen and Bieler (2008). 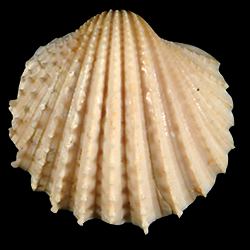 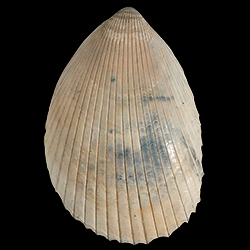 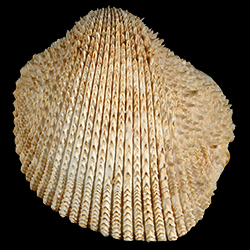 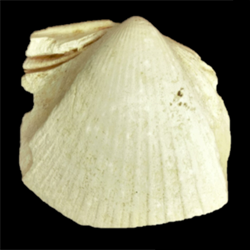 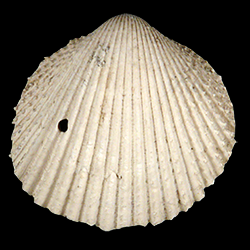 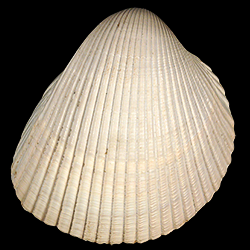 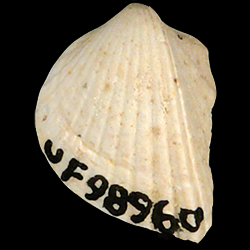 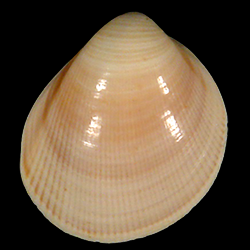 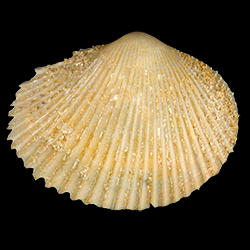 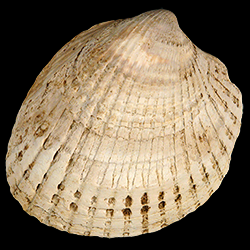 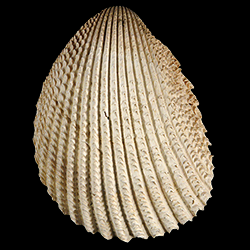