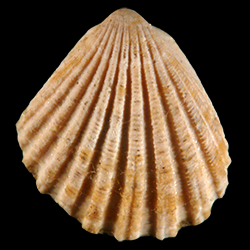 This pretty little species is readily distinguished from any of the varieties of G. pectinata by its bifurcated and prettily sculptured ribs. It seems to be rather abundant at the locality mentioned."