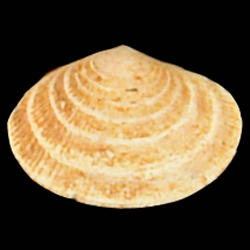 [...] Variety scintillata Dall; with sculpture like either of the preceding, to which is added radial threading visible first towards the ends of the shell, in some specimens covering the whole disk with rounded radial threads with wider interspaces; in the specimens with the strongest sculpture the threads overrun the ridges, and even become nodulous towards the ends of the shell at the intersections.

All these forms show a pretty uniform, minute, concentric threading, close and almost microscopic, most evident in the interspaces, but covering the whole surface, though often worn from the more projecting portions, such as the tops of the waves. Alt. 7.5, lat. 11.5, diam. 3.0 mm.

The variations of this pretty little shell are much greater than in any of the recent species I have seen, but it appears to be a precursor of such species as the Miocene S. bella Conrad and the Pliocene and recent S. cancellata Orbigny."